James, tell us a little more about yourself. Where did your desire to be a director come from?
There never was a particular moment I decided to become a filmmaker. I always just was one. My filmmaker’s journey was a very organic experience. By the age of six, I was already commandeering the family VHS camera, organizing the neighborhood kids, and shooting epic backyard productions. In fact, some of my early year’s filmmaking buddies still work with me to this day. Even in the beginning, I was gripped by a certain sense of destiny. I just always knew that I was here to change the world, and that I would do it through cinema. 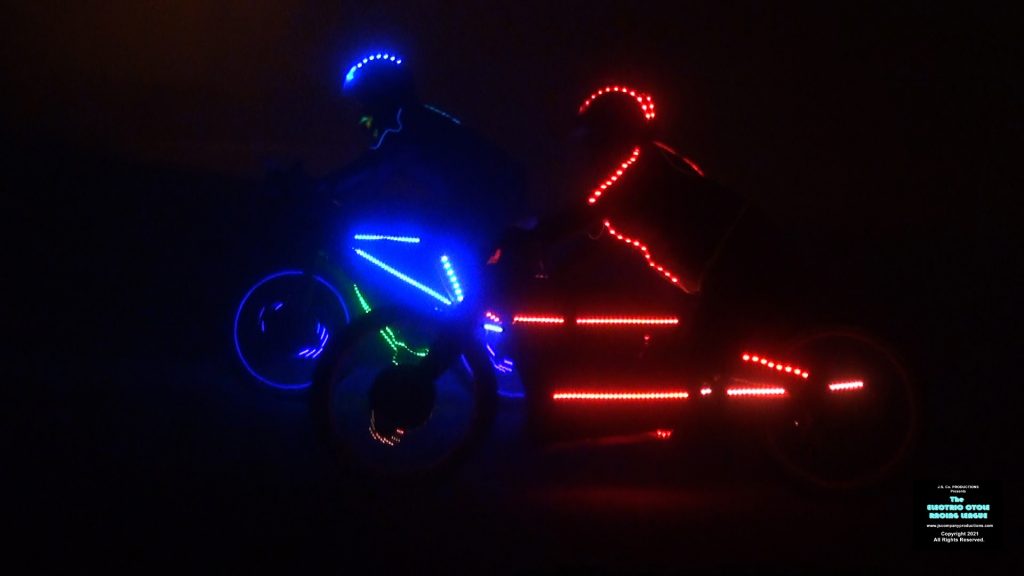 What were your reference and your inspirations for making The Electric Cycle Racing League?

A few years back my longtime film crew and I had invariably split up. We all headed off in different directions to pursue different career niches. It had been over a decade since all of the “immortals” (as I like to call them) had collaborated together.
Once this project was about to be initiated, I knew it was time to put my crew back together. The gods of war called me out of retirement, and it was time to listen. My other great source of inspiration came following accidental death of my Cousin Erin Storm (the accident was unrelated to this project). Erin was an adventurer, entrepreneur, and had even starred on the TV show the Bachelor before she was tragically killed. Erin and I were the same in spirit and her death really affected me.
It was another time I came close to giving up due to this tragedy. Instead, I made a vow to finish this film no matter what it would take. For me it was personal, for me it was a matter of honor.

By the age of six, I was already commandeering the family VHS camera, organizing the neighborhood kids, and shooting epic backyard productions. 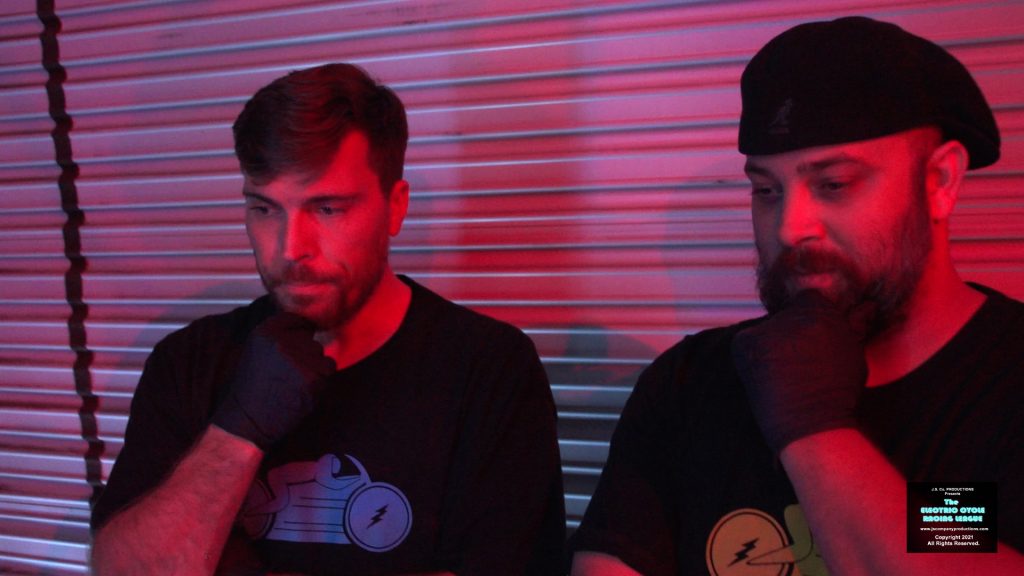 Can you tell us more about these electric (CYCLE) races? How was this project born?

Once we had constructed a few of the Electric Cycle Racing vehicles it really was a natural progression to put these fabulous machines to the test. In conjunction with that overly competitive nature of the crew it really didn’t take us long to start devising games of a more combative nature.
In the original short film, the focus was all about speed and agility. This time we knew we wanted to make something much more creative and spectacular. Something no one was expecting. 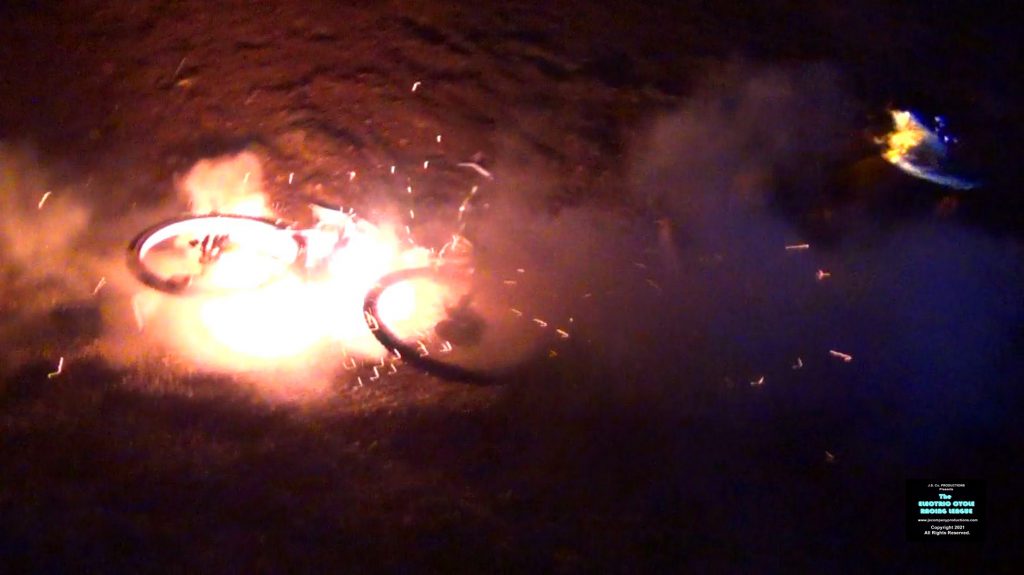 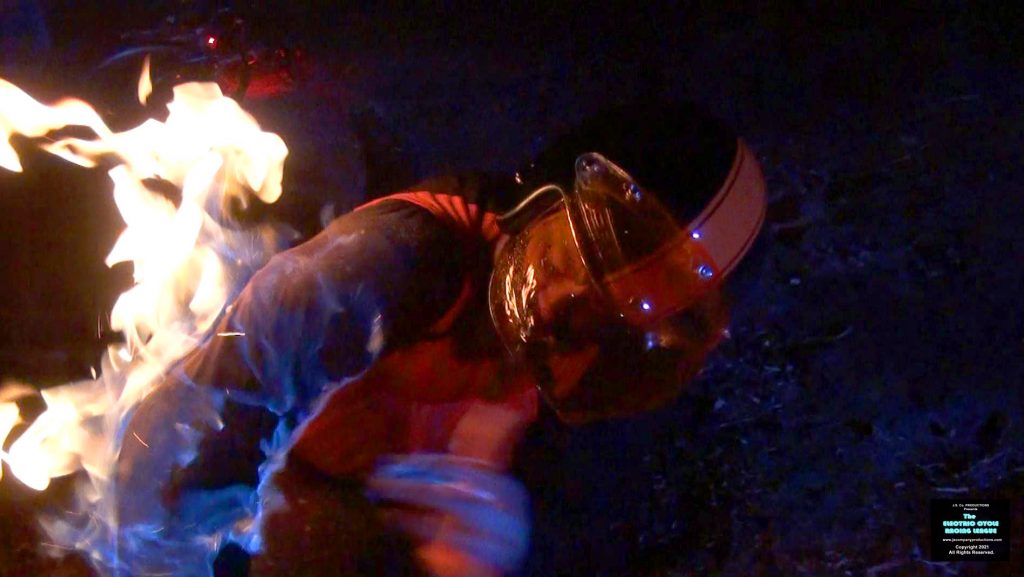 Your project is part of a short film with a feature film sequel, can you summarize this adventure ?
It was a surprise to me that the original short film was as popular as it was. It really began as an over glorified science project that I was casually documenting in my garage. Once that little film was released, we quickly began to dream much bigger. I realized the potential of this idea right away. I knew it could grow to become something spectacular, something uniting that we could share with the world. What I didn’t know was that it would eventually take me close to 8 years to make that dream into a reality. 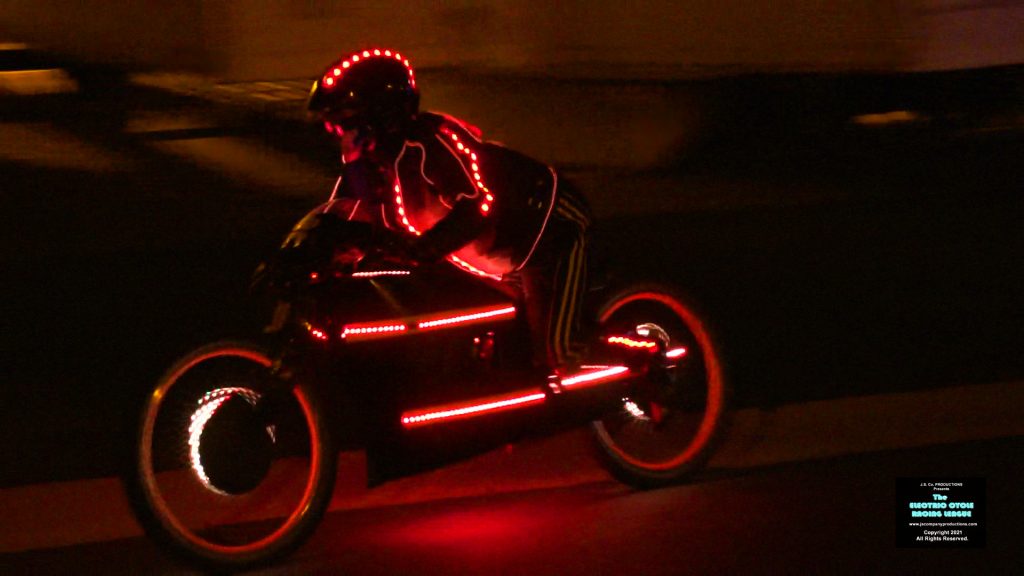 The documentary is a genre that captures reality as this reality can impact your shooting? For example, James’ accident could have jeopardized the rest of your project.

This film set was extremely dangerous. Our movie features a lot of pyrotechnics, high-powered lasers, a plethora of real life stunts and most importantly, no CGI. But even with all of the right precautions taken, accidents do happen as you see in the film. That was a bad accident, the injuries and the emotional trauma I suffered could have shut down the film for good.

However every true artist knows that one must be flexible and learn to roll with the punches. I decided to look at this situation as an opportunity to build back twice as hard and ten times bigger. I can honestly say that if it were not for that devastating crash, the feature film as we know it would have never existed. 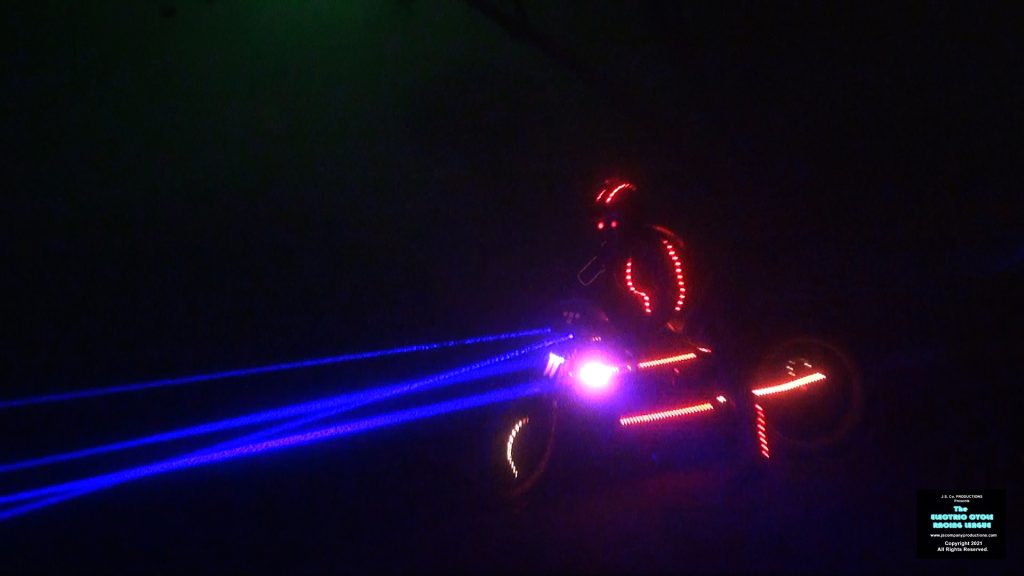 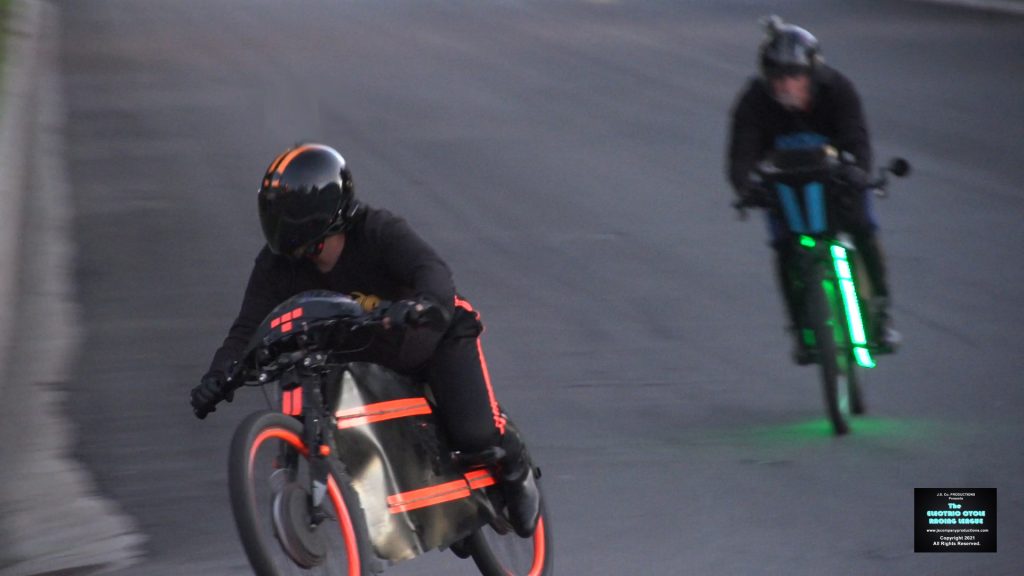 Your film won the BEST PRODUCTION DESIGN at the RED MOVIE AWARDS, our film is very visual, the cyclists are necessarily reminiscent of the film TRON have you participated in or encouraged this design for your film?

We are glad you noticed. I am an extremely detailed filmmaker, by design you will have to watch my films multiple times to even catch it all. I’m also a child of the 80’s and 90’s and I love referencing my favorite elements of pop culture in my films. In this case, you are going to see elements of many of our favorite franchises from our childhoods.

The Cycles themselves are really Frankenstein machines inspired by classics like Tron, Batman, Road Warrior and more. Even the cycle control boards pay homage to the time circuit display in Doc Brown’s time machine from the 80’s trilogy Back To The Future. It was really important to me to invoke a real sense of retro style in this film. Even if it was subconscious. 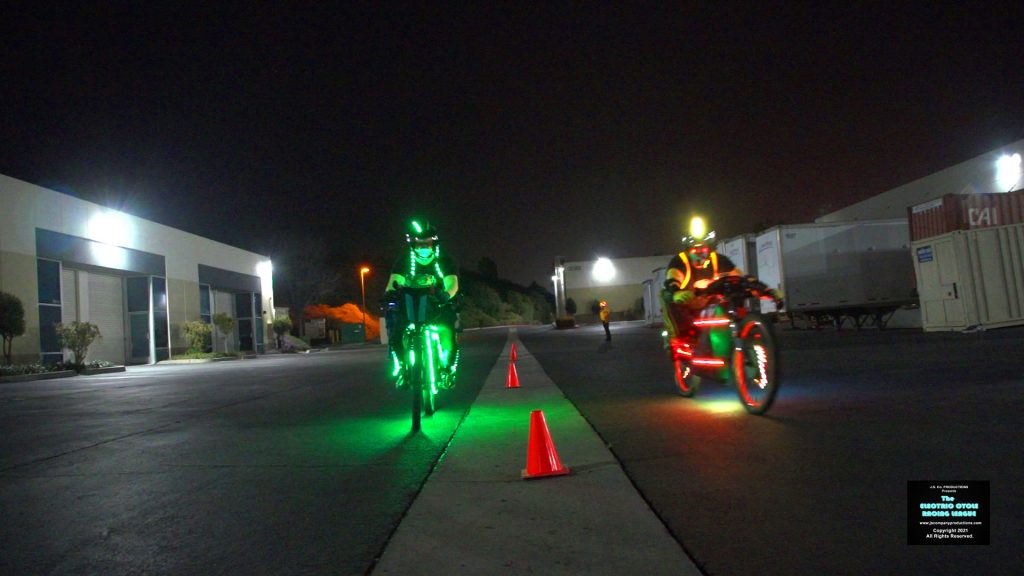 I’m also a child of the 80’s and 90’s and I love referencing my favorite elements of pop culture in my films. In this case, you are going to see elements of many of our favorite franchises from our childhoods.

We feel an incredible energy in your film, through the music, the editing. How did you work on this?

This film boasts nearly 2 hours of incredible soundtrack. We began with an original score by our in house composers, Kris Asgharzadeh, Lorenzo Coppotelli, and Martin Solano. (These composers by the way won a RED MOVIE AWARD last season for their work on our fan film MEET MY PET MONSTER (2022).

I am very, very proud of them. Once we had a feature score, I began recruiting some of the absolute best local bands here in San Diego that I had worked with over the years. They were all very enthusiastic to contribute some of their top signature tracks to the film. These bands include SIXTH DAY, PROJECT OUT OF BOUNDS, BRICKLAYER BOSH and DJ LIGHTS OFF.

Also as a gesture of friendship and peace across the sea, I even collaborated with an amazing atmospheric band from Japan called MINA MINA featuring lead guitarist Shuto Iwasa. The result is this outstanding soundtrack album that not only elevates the film, but also stands alone as an incredible collection of music all by itself. 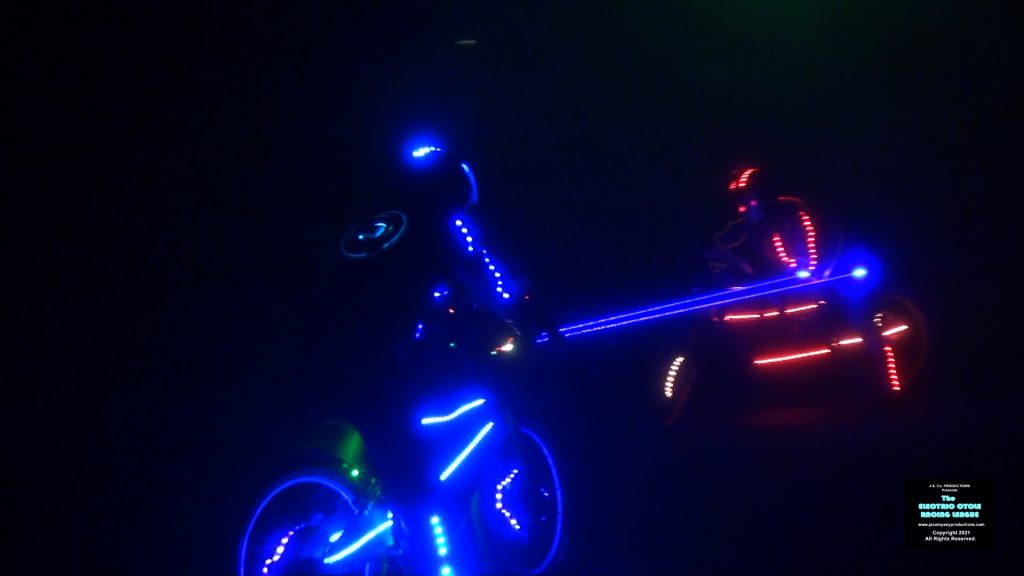 With modern technology available, it is incredibly easy to make a film today, almost too easy. What is difficult is making a good film, something that actually entertains or stands out.
For me, there were many constraints in making a film like this. Mainly, this project was entirely self-produced and self- financed. It took almost 8 years to make this documentary and there were many times I was the sole person carrying this film. But, I can’t complain as I am a master at making pure magic out of nothing and I look forward to the challenge.

I don’t know about some of these other directors but I don’t need a billion dollars to tell a good story. I have an endless wealth of creative power and even more heart. I think that comes through in my projects and that’s why people like my movies. I think the audience applauds my spirit. Give me a flashlight and a VHS camera and I’ll give you Gone With The Wind. 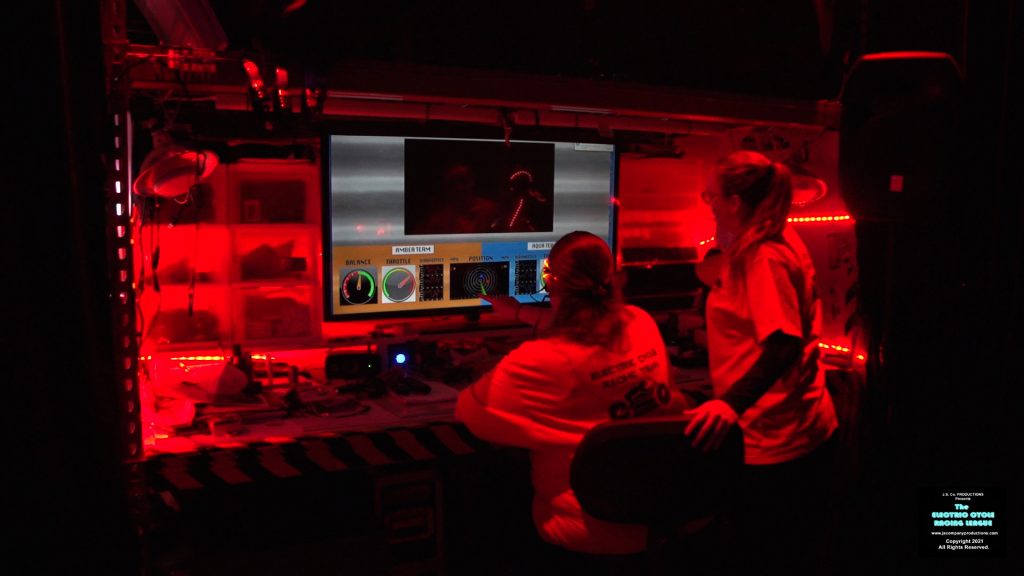 My next film will be one my most important and anticipated films to date. It’s titled “WHERE THE DRAGONS SLEEP” and it’s a semi autobiographical thriller chronicling the adventures of my crew and I as we navigate the pitfalls and bureaucracies of what we like to call dark Hollywood.
Pre- production is going very well, and we are looking forward to its official submission at the RMA. Why? because we will now and forever DREAM IN RED. 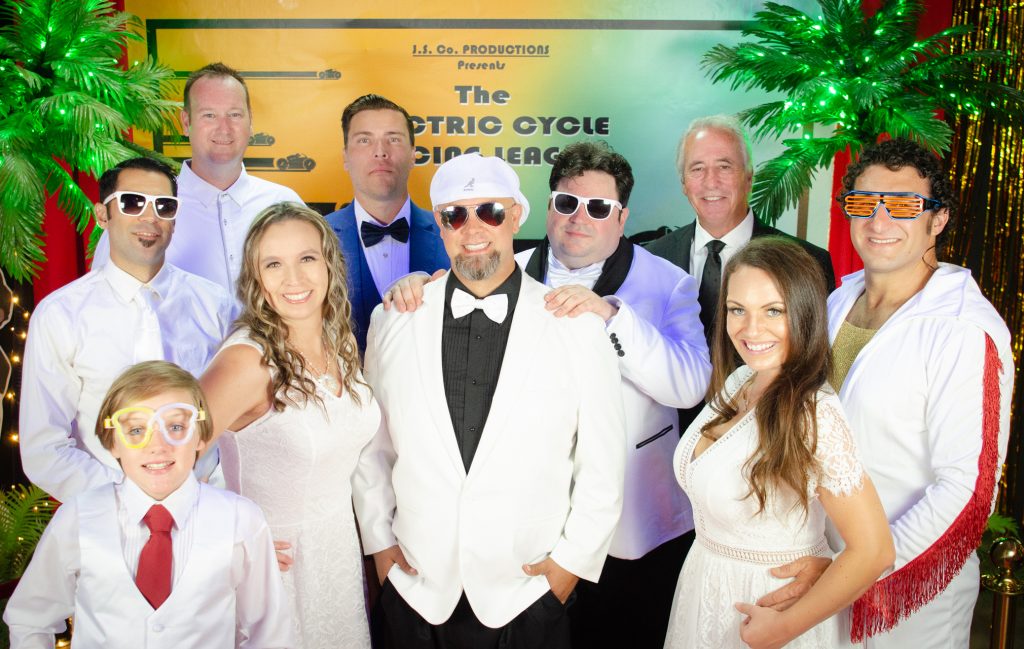