DIRECTOR OF COME OUTSIDE

Sheldon, tell us a little more about yourself. Where did your desire to be a director come from?

Coming up with the idea, writing the story, and later the plan, just to hand it over to someone else to make is not appealing to me. I’ve done it before and saw my idea become something completely not mine and I’ve seen some of my work executed perfectly but the accolades went to the director or the executioner of the plan and I was left out.

Good or bad I like my work to reflect how I interpret both sides of a story or how I believe interpretations vary and it’s okay.

Good or bad I like my work to reflect how I interpret both sides of a story or how I believe interpretations vary and it's okay. 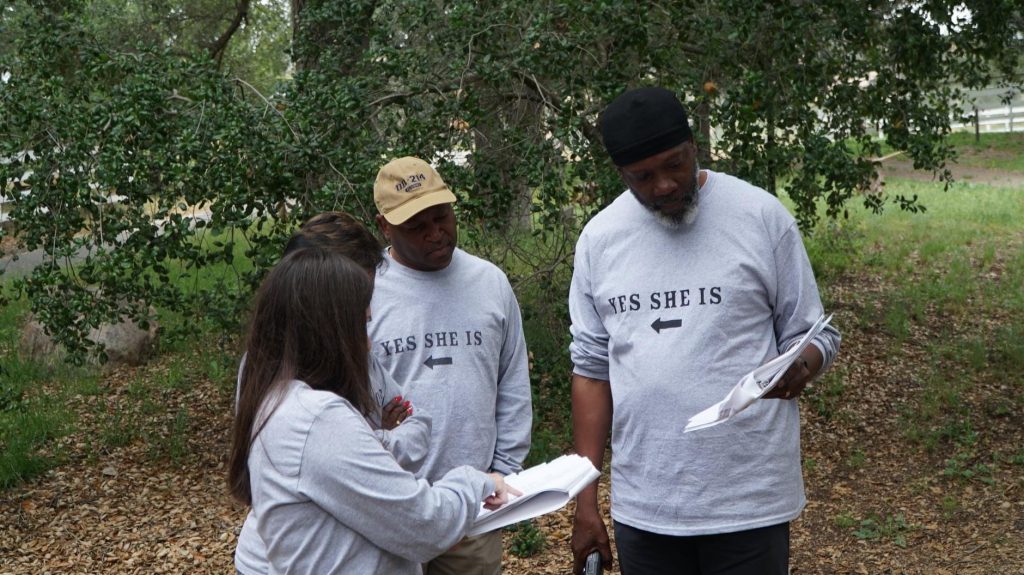 What were your reference and your inspirations for making Come Outside?

I’m always thinking, what If? What if the opposite of something happened, that’s not considered normal? I have about two or three different stories concerning the sun’s power and ability on this planet that people ignore. If it wasn’t for the sun, who we are and what the planet is to the universe wouldn’t be possible.

The sun if it was an individual entity, and it could be, could completely take over the world. It could rethink what it wants, move an inch or two, and through the entire world in a frenzy. In essence, choice is a blessing and a curse. If the sun has choice and is deciding to maintain its position for the good of mankind and the universe; we as people should take a note from this great power. 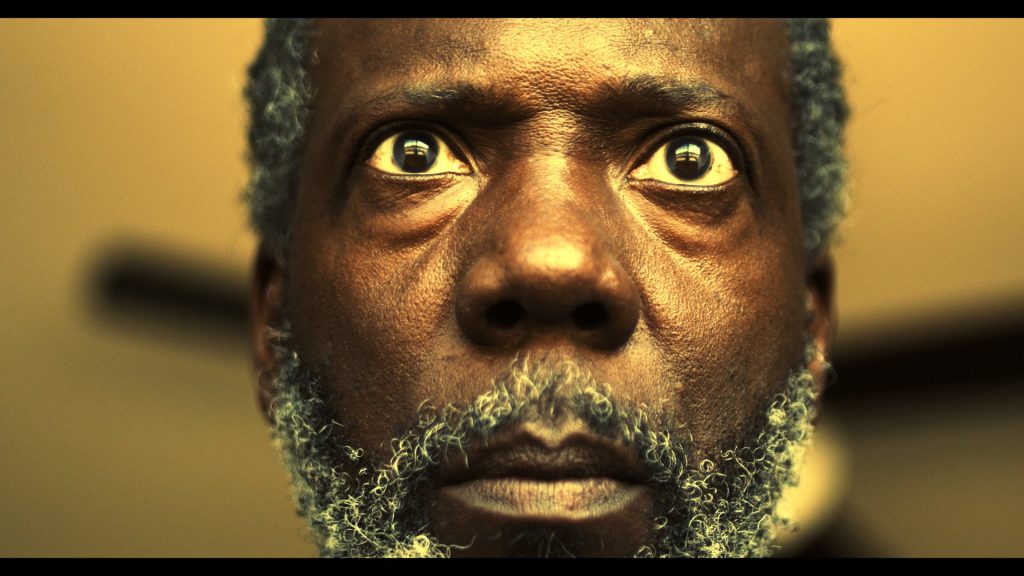 Come Outside was already a short film, it became a feature film thanks to its success can you tell us about this adventure?

Writing it was a blast because writing, in my opinion, is my true skill, and filming it was a challenge because I did it at the last minute so I couldn’t get the below-the-line people I wanted. I ended up working as the cinematographer, the grips and lighting, the script supervisor, the administrator, the producer, the executive producer editor, the colorist, the sound, special effects, and everything else. I thought it would be easy because I did it all for the short but quickly realized, 1st day in, I bite off more than I wanted to chew but I was in the fox hole and it was either do or die. The day of, a few people came along to help out such as Erron Ondatje with lights and cameras. 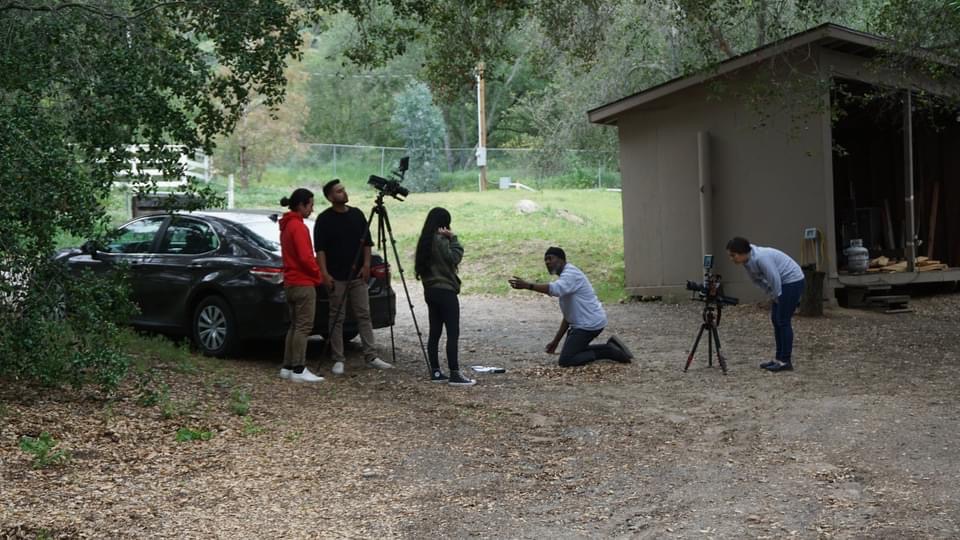 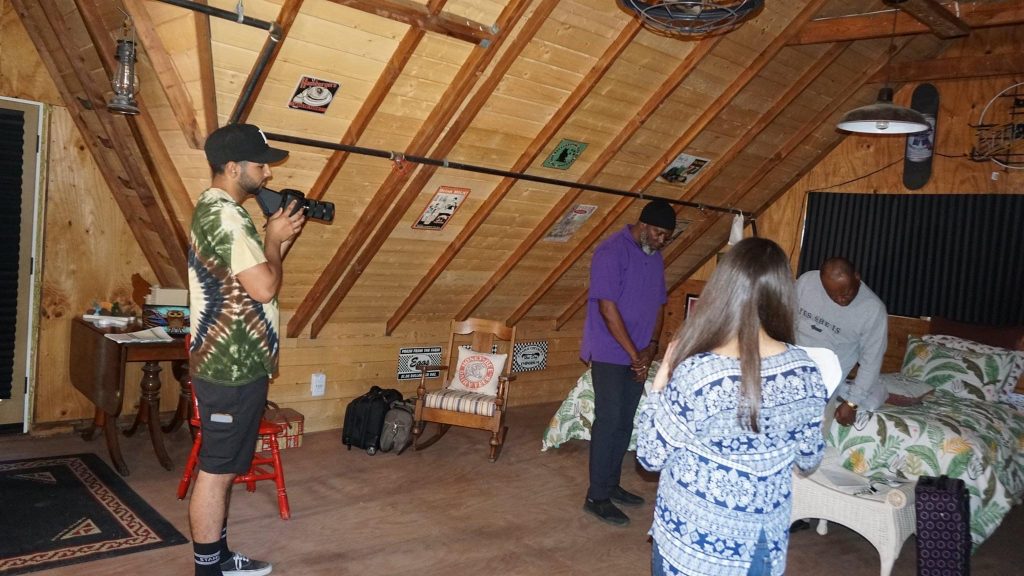 I can see why directors use people they know or have seen in other productions because it’s a whole lot easier to work with people when you know or can see their skill level. 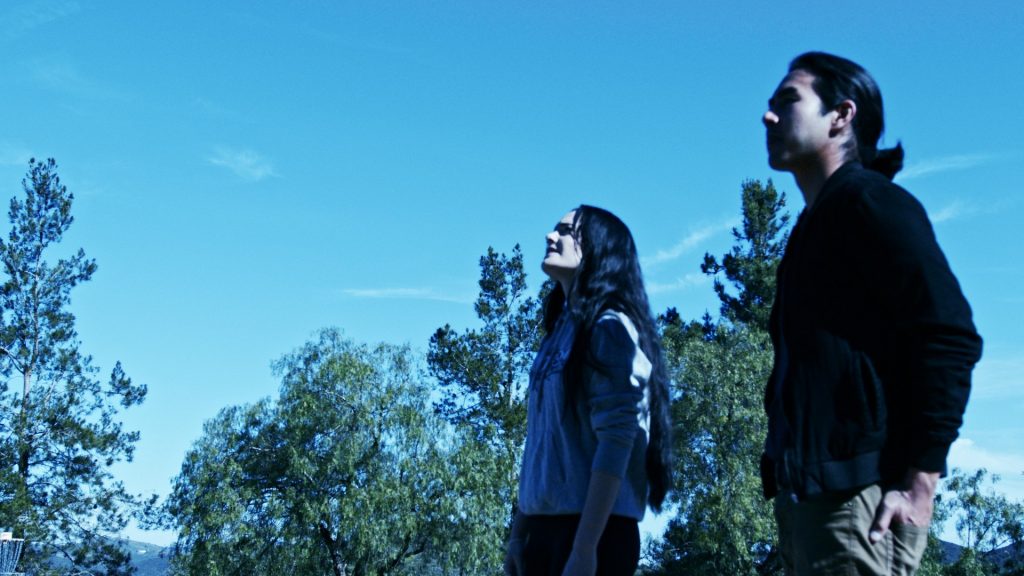 The calibration of your film is interesting there is an alternation of blue and yellow in the image, this is linked to the story of course, but without spoiling our readers can you tell us more about this choice?
The colors are there to express emotion, universal vibration, and/or how people perceive what’s best for all. It’s the flip that most people get wrong because the film was designed to make what is right seem wrong and the reverse. I made the film to see if people were paying attention to all of the elements in the film because they all matter. The alternating lights, in an esoteric way, to explain the film and its meaning; everything else is for the viewer to enjoy and say “now that’s a good movie.”
Your film won an Honorable Mention for special effects at the RED MOVIE AWARDS can you tell us more about the work done?

I saw the special effects dealing with the sun and its power as the star of the movie, so I needed to make sure that translated on the screen. When I filmed the short, I used natural light and sound effects to hopefully get that across to the audience and wanted folks to pick up on it. Out of the hundreds of accolades, it received maybe one or two film critics said something.

In the feature I wanted it to be more profound, so I used a cinema lens to blow out the light when the blinds or curtains were open and when I went to color the scenes, later in post, I desaturated the scenes I wanted to be more pronounced, and either pulled out colors or boosted them. 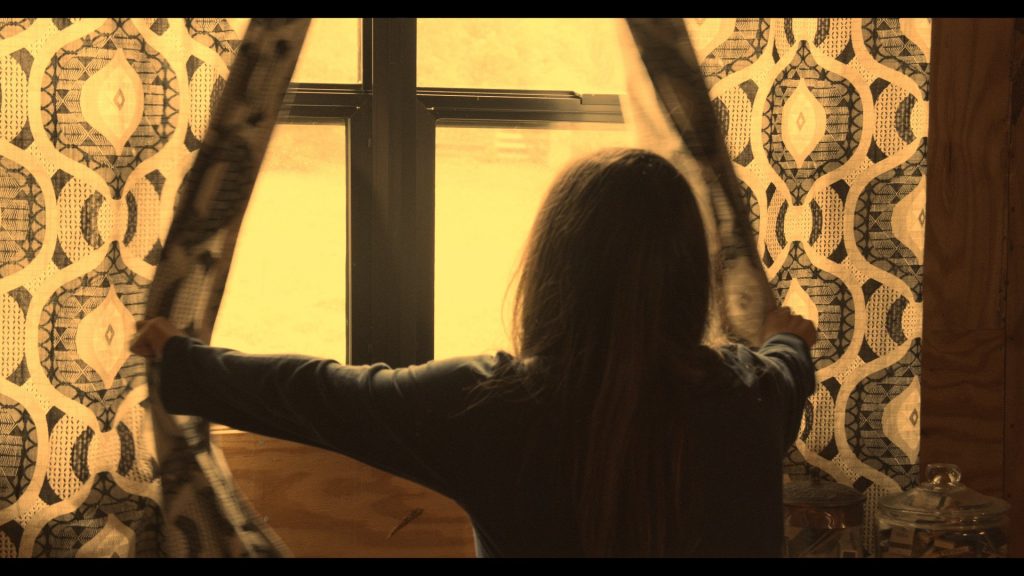 I saw the special effects dealing with the sun and its power as the star of the movie, so I needed to make sure that translated on the screen.

You are an accomplished and multi-faceted artist, writer of several books, screenwriter, producer, director, and actor! How did you manage to manage these different jobs?

Mostly out of necessity. I was planning on writing and directing another film I wrote prior to Covid-19. When I had the budget, equipment, location, schedule, and possible stars attached to the film, the pandemic hit and kept hitting, and at the time, there was no end in sight, so I had to do something.
I wrote three one-location shorts (my apartment at the time) and watched a bunch of Youtube videos and Udemy courses on lighting, coloring, editing, packing, film festival submissions, and everything else, and became everything I needed to make a movie. I did one thing at a time and planned everything out as if I was the cinematographer (though I was) as if I was the editor (though I was) as if I was the grip and lighting person (though I was) and I presented it to the director (me). I created a storyboard and/or breakdown schedule and got to it. Things that didn’t work I changed on the spot, rewrote, or reconfigured. 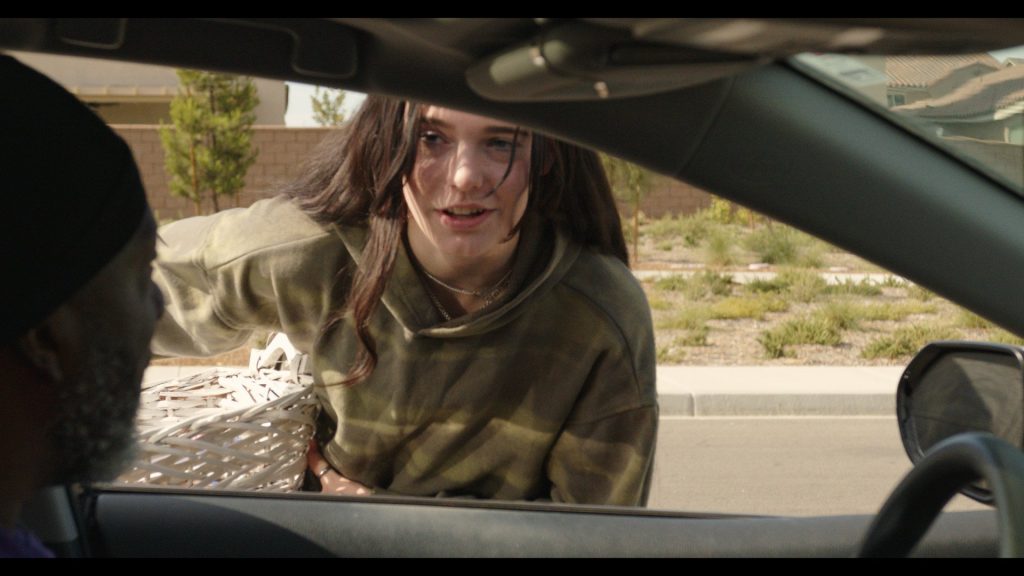 It depends. It depends on what you’re trying to do. I have big Hollywood-style blockbuster screenplays and stories I know I cannot do without professionals in the business doing their magic to get them made.

Right now, being a writer, I write things I can do all by myself if need be. I write a little bit over my station and do my best to bring it to life and let the audience decide later what they thought about it. Producing a film is simply getting the artist what they need to get the film made and have a strategy for getting it scene and hopefully make some money.

It’s complicated if your skill level is below your expectations. The only constraints I can see are in the person’s mindset who is making the film. If you can see the outcome and you work all the angles it takes to get there, you’ll get there or learn what you need to do to get there. At this point, you have to recalibrate and get back at it. 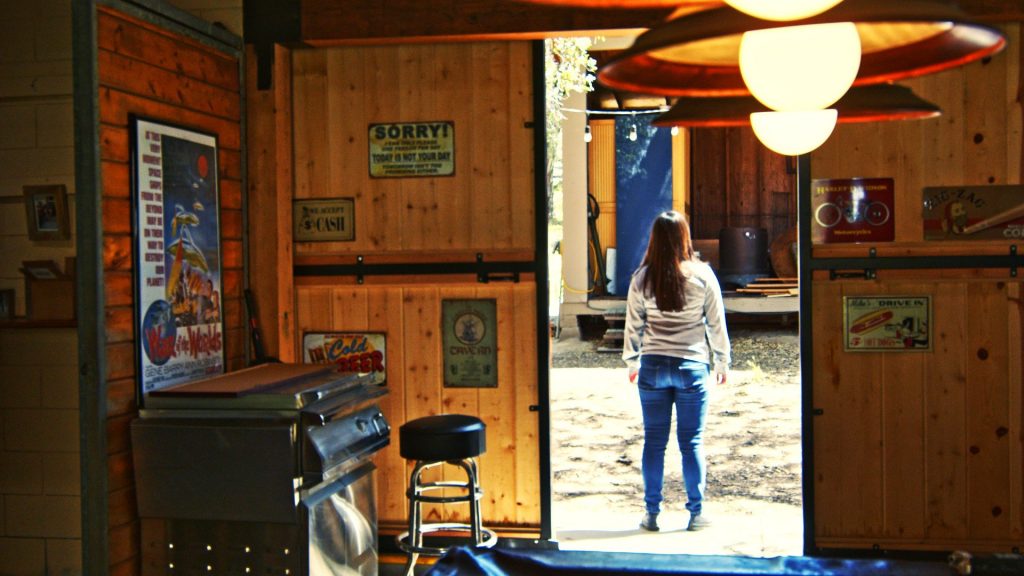 “VESSEL” Starring Joshua Christian-Azali and Mya Richardson two up-and-coming professionally trained actors who gifted me with their time and talent on “Come Outside” the feature. Originally, Vanessa Dehesa-Woodson and I were going to star in this film before “Come Outside” the feature.
I was impressed with what they brought to the feature and decided to cast them as the lead and have Vanessa and I step back in supporting roles. “Vessel” is about a man with the ability to give the lingering dead closure, so they can move on.” It’s “Ghost” meets “The Sixth Sense” with a twist. 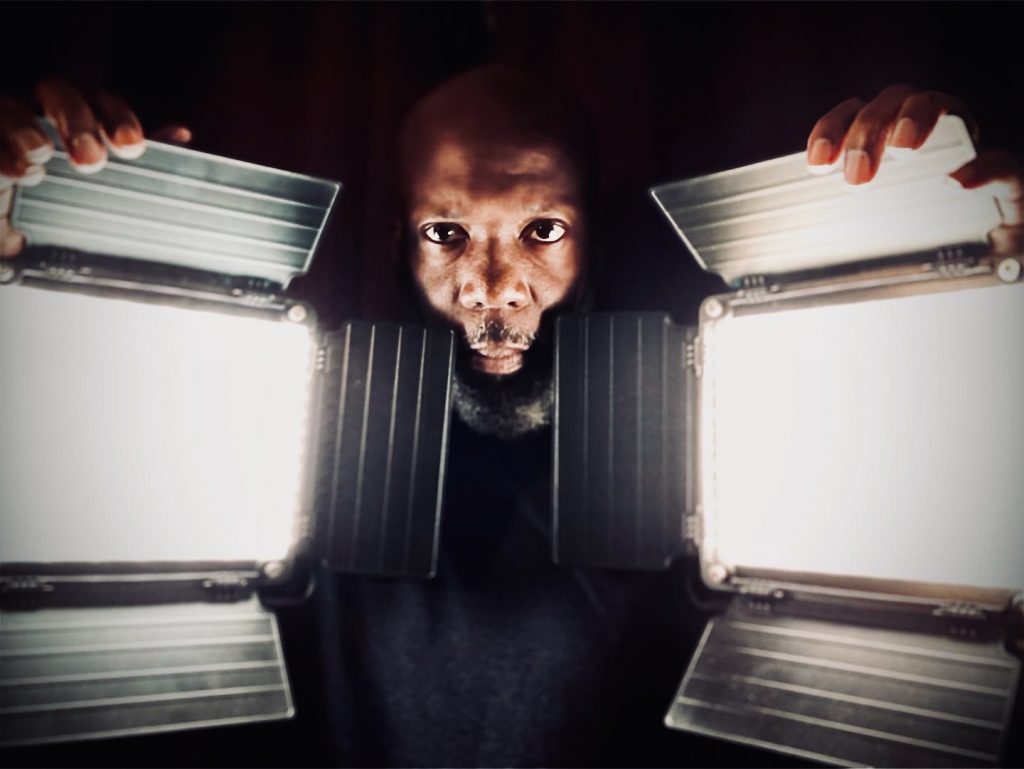